Deep below Broad Street Cycles, in the network of secret rooms, tunnels and storage areas that lie beyond the stairs to the ‘basement’ of the building, Broad Street’s transplanted Portlandian Matt has set up shop for his one man frame building empire. Ok, maybe it’s not an empire yet, this is just his 3rd frame, but there’s no reason to put limits on this project just yet. Especially once you see the orange singlespeed cyclocross crusher than emerged from the dark spaces below BSC’s sunny exterior. We caught up with Matt after pre-riding the Feats of Strength route for SSCXWC15Vic, so you can try decode the layers of sand and dirt to try decipher what challenges await on Saturday. 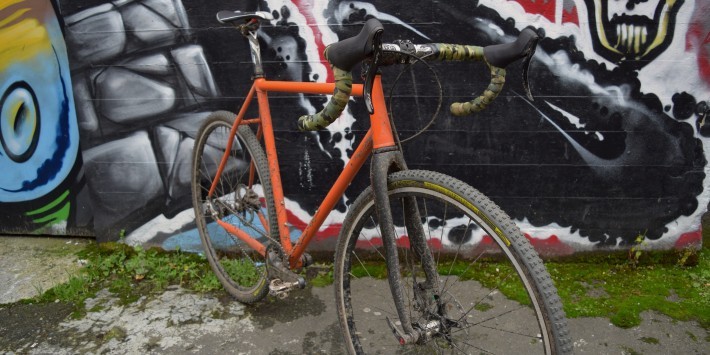 Under that coat of orange paint, Matt’s ‘cross machine has been assembled from a Columbus Zona steel tube set. In addition to a tapered headtube, Matt’s built his steel cx with a very generous amount of clearance out back. He’s running Tufo Flexus Cubus 34’s right now, and they’re nowhere near touching the frame. This sizable rear triangle is built around stainless steel Paragon Machine Works adjustable Rocker dropouts, with a titanium bolt kit. The Paragon Rockers let Matt run a through-axle, and still allow enough adjustment to manage chain tension when it’s set up singlespeed. 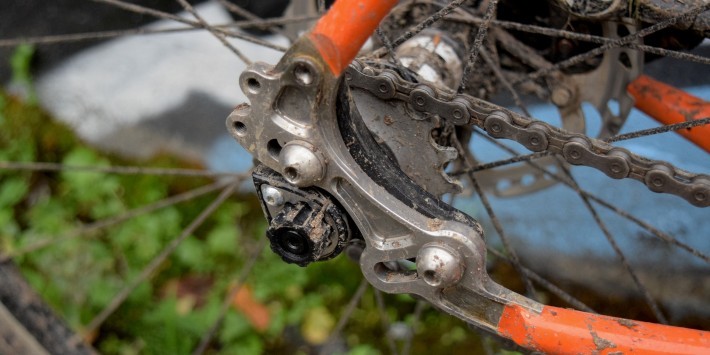 Matt’s build the frame around TRP Hylex discs, a full hydro disc brake system. Up front, they’re paired with TRP’s through-axle fork, which features sharp cable routing, with the hydro line entering through the top of the fork leg,and exiting the fork leg just above the brake calipers. This doesn’t just look good, it keeps the hydro lines out of harms way. 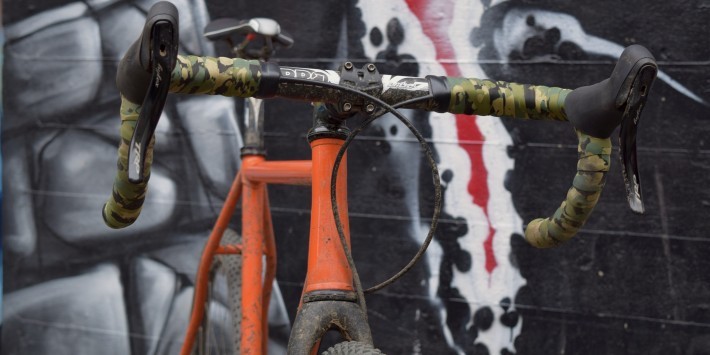 Minimal cable clutter is just one reason singlespeed is great 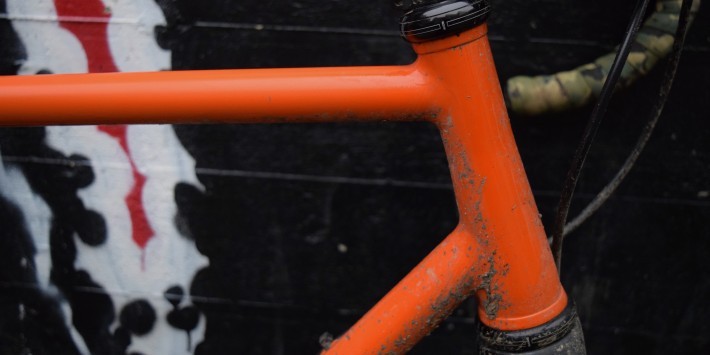 The tapered head tube up front 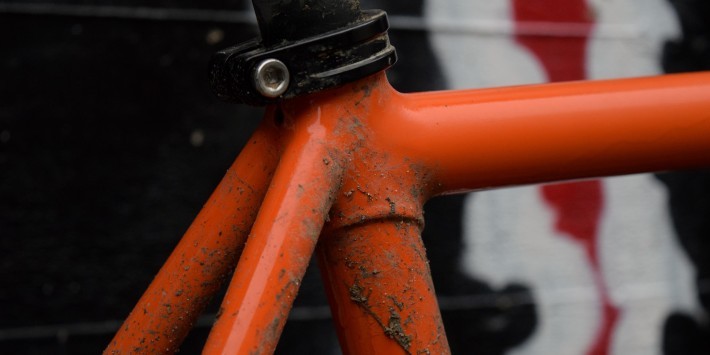 A clean, classic looking junction at the seat tube 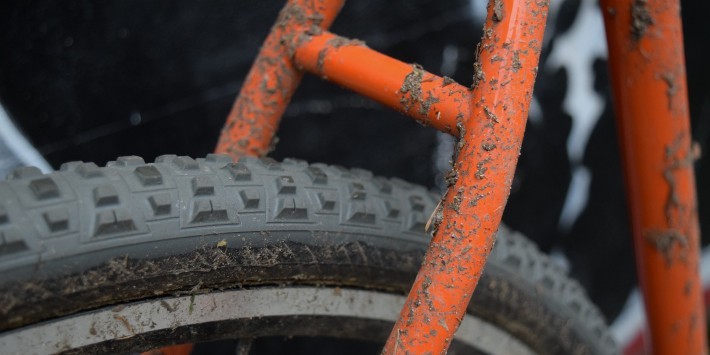 And gobs of clearance out back 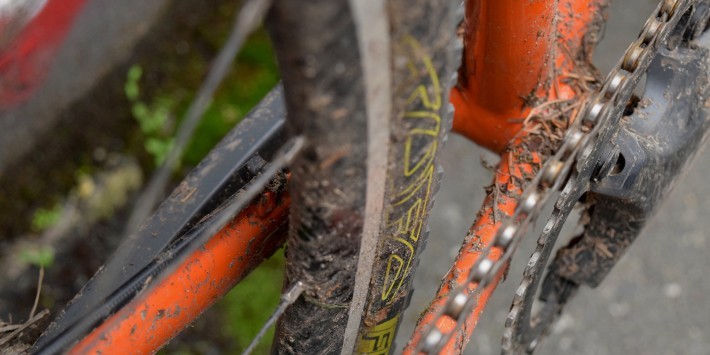 Plenty of room here too 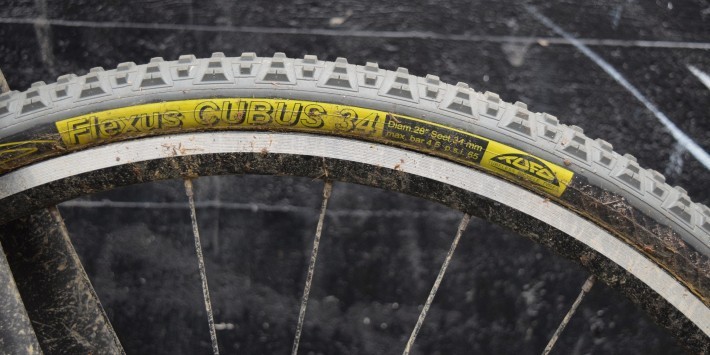 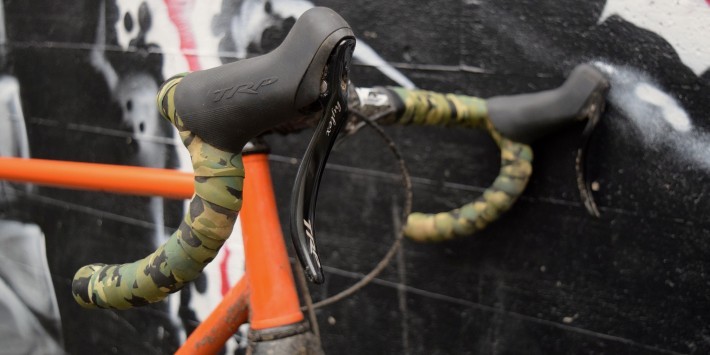 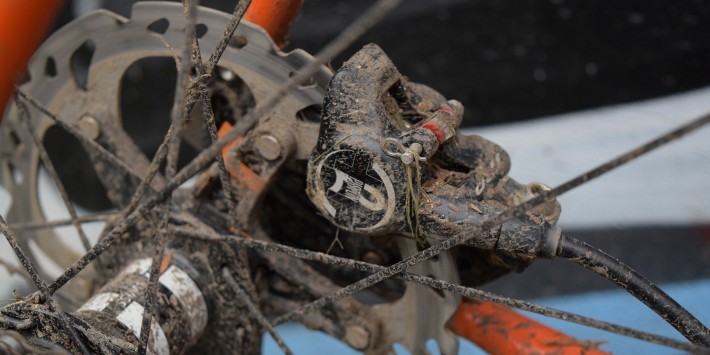 The Hylex’s are full hydro, instead of a cable/hydro mix 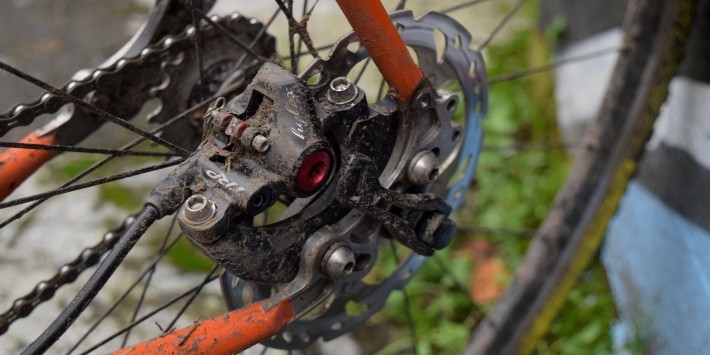 The Paragon droppers attach the calipers to the hub axle, so you don’t have to constantly adjust them 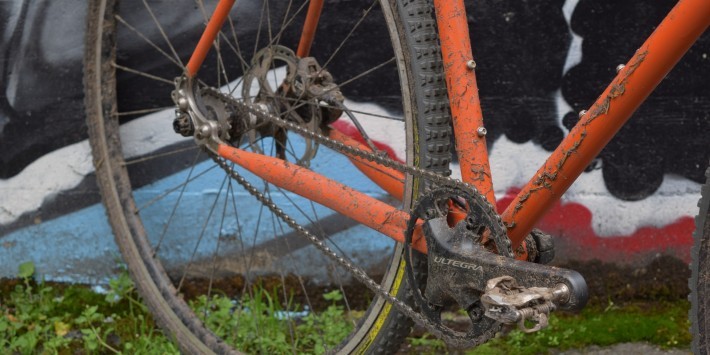 Ultegra/XT combo from Shimano, and all the gears you could ever need 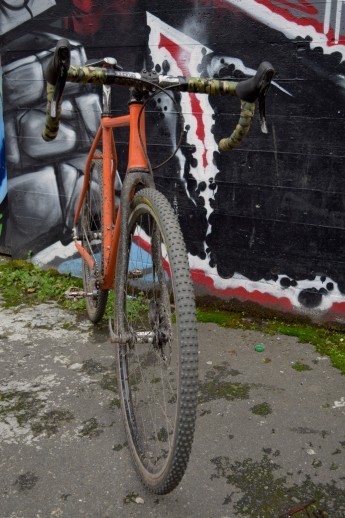 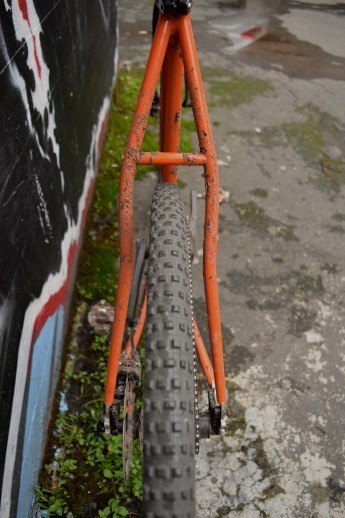 TRP’s through-axle fork, and another angle of the s-bend seat stays 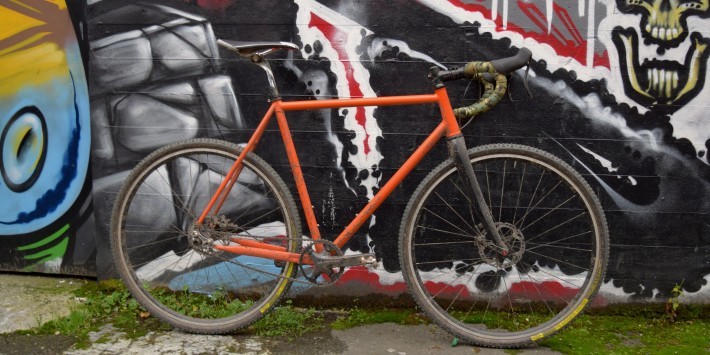